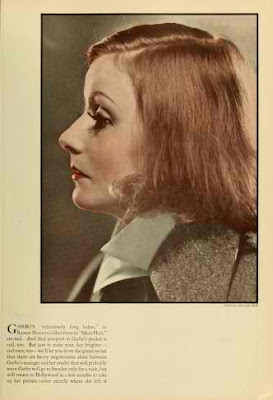 I received two emails from Mark A Vieria, author of Greta Garbo, a Cinematic Legacy. One was a sheet of photos to be downloaded that were scanned from the original negatives that he had left over from his book on Greta Garbo. The second was a similar sheet with the message More To Have Fun With. Below are two photos from the photo session between Clarence Sinclair Bull during the filming of As You Desire Me. Above is how readers of Photoplay Mgazine saw the photo in 1932. 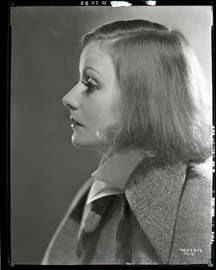 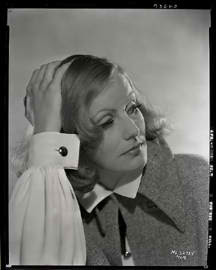 This photograph of Greta Garbo, taken by Clarence Sinclair Bull, was one of those not among the photos sent to me by Mark A. Vieira and was published in Photoplay Magazine during 1932. 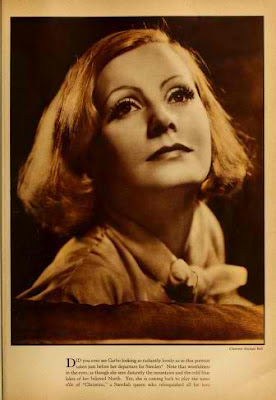 This photo too is from the sessions of Clarence Sinclair Bull and Greta Garbo that was published in Motion Picture Magazine. It was not among one of the photos scanne-mailed to me by Mark A. Vieira. Once again, those that were were scanned from the original negative.
Greta Garbo