The Silent Film of Alfred Hitchcock


The Kinematograph Yearbook of 1928 include with the screen credits then acquired by Alfred Hitchcock those of his having been assistant and scenarist to director Graham Cutts on the films "Woman to Woman", "Blackguard" and "Passionate Adventure". The periodical credits Hitchcock as the director of "Pleasure Garden" (1926) after his joining Gainsborough Pictures in 1925. During filmed interviews late in his career, Hitchcock reflects that he had been trained in American silent film, despite the studios having been located in England- that the influence of Murnau and Eisenstien had only been subsequent. 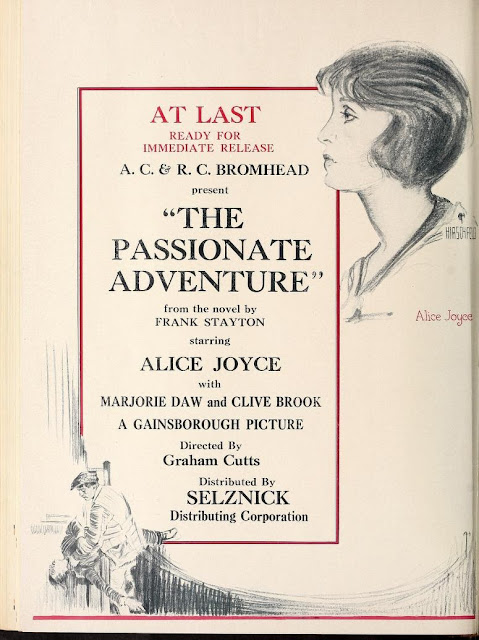 Interestingly, in his recent academic paper Silent Hitchcock, author Robert Murphy, instructor at De Montfort University, Leicester, asks how important a silent film director Alfred Hitchcock was by wondering if Hitchcock had been killed with F.W. Murnau, that is if he had only made silent film and ended with Blackmail, which would have been his tenth silent, would his films still be studied or overlooked. Oddly, the author has chosen Hitchcock, who in fact often repeated camera set ups in his American sound films that he had previously used in lower budget British silent films, returning to redo elements of scenes and motifs he had used earlier- an ostensible reason for this being that he collaborated as a director on scripts with his wife both in England and in the United States which may have brought a sentimentality when the production costs of his films were much larger.
Murphy, in Silent Hitchcock, surveys Hitchcock's silent career, beginning by noting that "The Mountain Eagle" (1926) is a lost film. "All that survives of 'The Mountain Eagle' are the six stills reproduced in Truffaut's book of interviews with Hitchcock and we have no way of knowing if the film was as terrible as Hitchcock thought it was." It was in fact based on an original script rather than a popular novel or stage vehicle. The film stars actress Nita Naldi.

What miraculously does survive is one of the silent films to which Alfred Hitchock wrote the Photoplay, "White Shadow", directed in 1924 by Graham Cutts. Once thought to have been lost, the film is now restored and considered incomplete, the first three reels having been discovered in New Zealand during 2010, The film, adapted by Hitchcock from a novel by Michael Morton, stars actress Betty Compson in a dual role of good and bad twin sisters. The film was originall released with a length of six reels and was co-scripted and edited by Alma Reville. As a director, Cutts has been noted by critics for his compositions in the film, particularly for the use of backlighting during night interiors.
The British Film Institute presently lists "Woman to Woman" directed by Graham Cutts a year earlier in 1923 as being "lost", there being no known surviving copies held in archives around the world and no ongoing prints that are currently being restored. Eight reels in length, it was written by Alfred Hitchock, the assistant director to the film, and edited by Alma Reville, the two apparently having first met during its filming in some accounts. Betty Compson stars in the film.
More likely Hitchcock had known Alma Reville, if only slightly, during 1922 while an intertitle writer for the film "The Man From Home" directed by George Fitzmaurice and written by Ouida Bergee, who later married the actor Basil Rathbone. Alma Reville edited the film which had not been seen untill only recently when a copy was found in The Netherlands and untill then having had been presumed lost. George Fitzmaurice also that year directed the film "Three Live Ghosts", written by Ouida Bergere.
The existing print, and untranslated copy of the film "The Man from Home" was discovered by authors Alain Kerzoncof and Charles Barr, who in their book Hitchcock Lost and Found note that Hitchcok telephoned Alma Reville later when an assistant director. 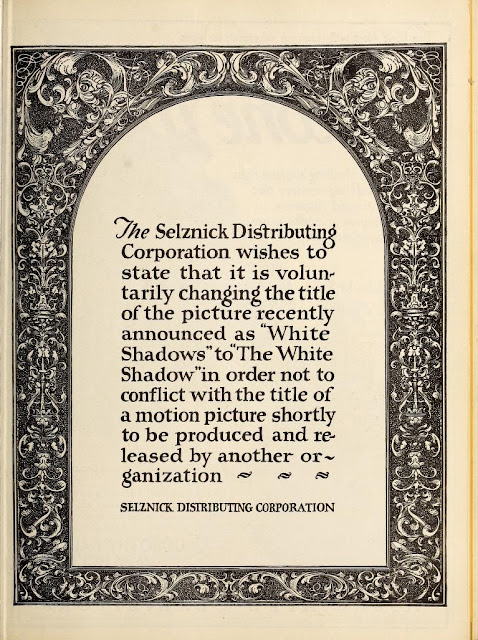 Alfred Hitchcock also scripted the film "Dangerous Virtue", directed by Graham Cutts during 1925 in Islington, London. The film stars actresses Jane Novak and Julliane Johnstone. Hitchcock is credited as assistant director and Betty Compson appears in the film in a smaller than before role and Miles Mander appears in the film. Motion Picture News Booking Guide of 1926 provided a brief synopsis, "Society melodrama based on eternal triangle. Philandering Frenchman captures American girl's heart. She is too much of a prude for him, however, and he becomes infatuated with Russian, who dies. Spirit of vengeance in Frenchman's heart towards American girl is eventually supplanted by love." The film is more commonly known by the title "The Prude's Fall" and exists in the form of an incomplete print- although three reels survive, the beginning of the film is missing.
Director Graham Cutts was followed by the press in more than two sundry accounts; Kinematograph Yearbook of 1928 reported that to end 1926, " Graham Cutts turned down an invitation to name his own price to direct a picture for an American firm." It added that during the following month he had severed his affiliation with Piccadilly Pictures.
---

Film restoration attempts noticed the stylistic difference between the intertiles used during the films of Alfred Hitchcock by the two companies Gainsborough and British International, Gainsborough aiming at a more literary, artistic, perhaps old-fashioned feel of exposition, with British International veering more towards the reportage of dialogue within the narrative. Scholar Robert Murphy sees a more extensive use of location shooting when Hitchcock left Gainsborough studios for British international Pictures, and indeed, Hitchcock would continue to incorporate famous outdoor settings during climatic scenes, frequently as a backdrop for the McGuffin throughout his entire career, but while assessing Hitchcock s a silent director,he adds, "If Hitchcock makes use of outdoor realism, he by no means abandons Expressionism, though there's a refining down into something more akin to subjective Impressionism." Robert Murphy concludes with an anti-climatic tone, not realizing that it is the auteur of Hitchcock's technique that compels the audience to find the Hitchcockian theme of suspense and disclosure in his object motifs, "His Gainsborough films show a young director constantly subjecting the medium to a barrage of experiments."
When I wrote to Professor Murphy mentioning that we were looking at the  films of Hitchcock during an online college course offered here in the United States, he was kind enough to reply that he was glad that his essay had been of use.
Alma Reville, who married Alfred Hitchcock in 1926,  co-scripted no less than three films for Gainsborough studios during 1928 and 1929. They were to include "The Constant Nymph", directed by Adrian Brunel and starring Ivor Novello, "A South Sea Bubble", directed by T. Hayes Hunter and starring Ivor Novello and "The First Born", directed by actor Miles Mander and starring the director with actress Madelaine Carroll.
Knowing the strained sense of humor of Alfred Hitchcok, it would only be conjecture or interpretation to claim that one McGuffin throughout his work would be the cameo shots of himself that the director inserted into his film scenes- Alma OReville in fact starred in a silent film during 1918, "The Life Story of David Lloyd George", directed by Maurice Elvey who later found renown for directing "The Adventures of Sherlock Holmes". It would be even more fanciful to claim that Hitch was imitating the British Prime Minister in the cameos in order to make his wife, who followed him as a screenwriter through several films, smile. A more readily formed consensus may be that of spectatorship, that while the cameos are a cinema of attractions based on notoriety or celebrity, adding an extratectural or reflexive element, they challenge the diegesis of fictive narrative by opening the enclosed narrative space of fantasy- if only to exploit the theme of voyeurism in Hitchcock's films. Writing on Hitchcock,  Michael Walker, author of Hitchcock's Motif's, delineates diegesis as "the narrative world" and the world-within-the-frame, the onscreen framed image, "conceived as a unity". By immediately discussing point-of-view editing, the diegetic experienced through the subjective shot, he places a reference point for the viewer and spectatorship. Albeit the Hitchcock cameos are incidental, wherein lies their narrative value, Walker agrees with the consensus that the MacGuffin is a subjective concern of the character that inevitably has no importance to the plot outcome whatsoever and not the blocking of a director as an extra in order to interpellate the viewer into subject identification; and yet there maybe a cat-and-mouse to the cameo shots as a motif of ordinary life and routine society; rather than something which doesn't exist, it is the concept of the total stranger.
In their full page profile on the feminity of Alma Reville, entitled Alma in Wonderland, Pictures and the Picturegoer, a British periodical, during 1925, not only avoided linking her romanticlly with her director but attempted to add an air of intrigue, reporting that she had visited Paris to buy dresses for the studio and then went on to Lake Como to where Hitchcock had already begun filming "The Pleasure Garden", it hinting that beneath her horned rim glasses, she was still a seething eligible female, who like Agatha Christie, could suddenly disappear into the flickering, darkened, silver auditoriums of the Jazz age. 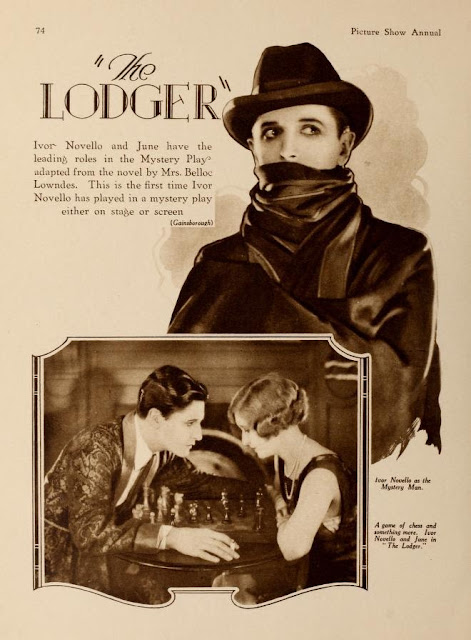