Scott Lord Silent Film: The Four Horsemen of the Apocalypse 1921 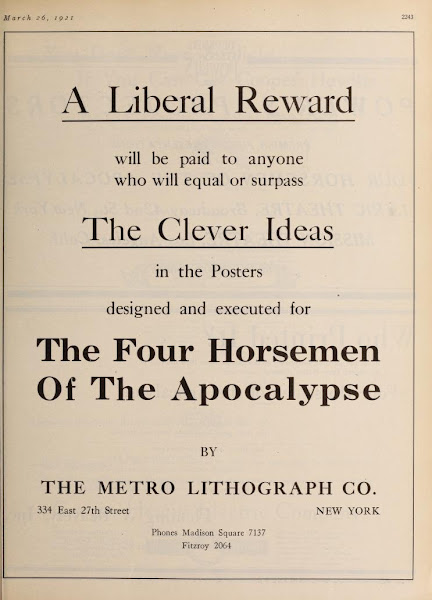 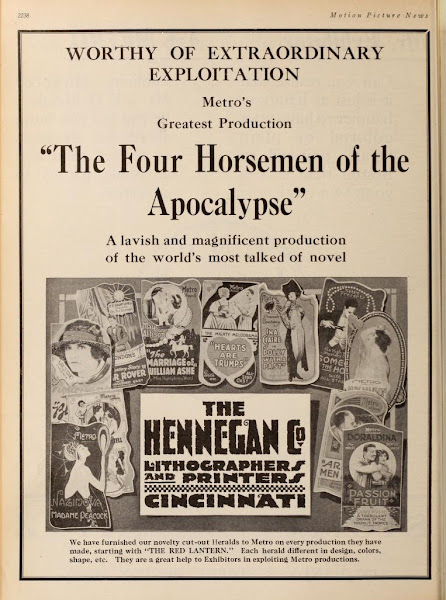 Motion Picture News during 1921 readily boasted that more than seven different types of "exploitations" were used to advertise the film "The Four Horsemen of the Apocalypse" starring Rudolph Valentino. Motion Picture Directing, published in 1922, showed a director Rex Ingram using a white, square canvass reflector to exploit sunlight during the filming of exterior scenes. The film was based on the novel writtenby Vincente Ibanez. 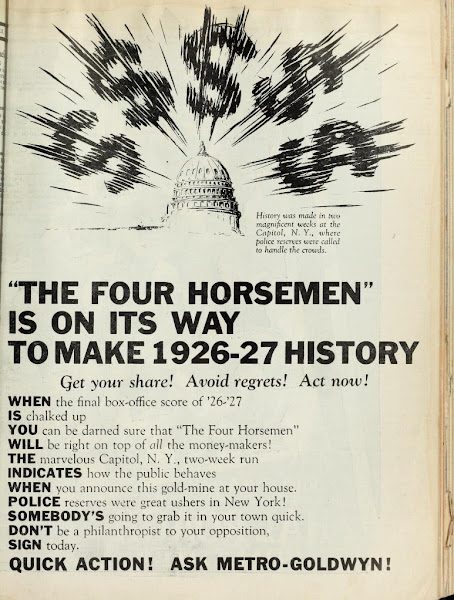