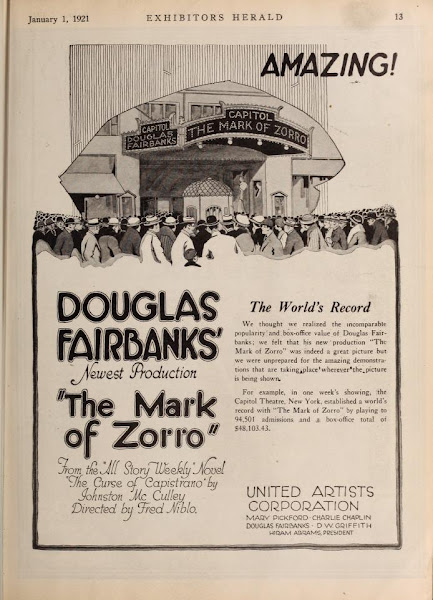 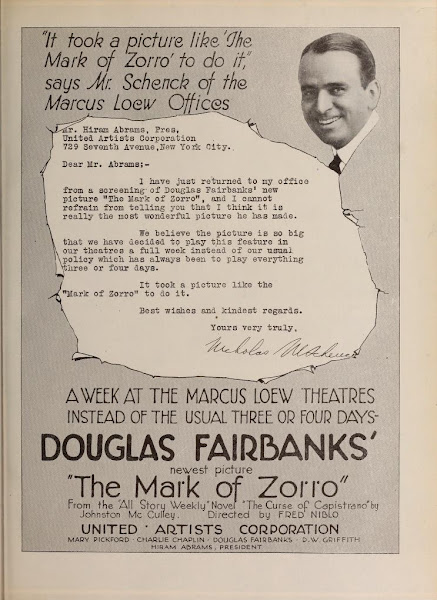 Toward the end of 1920, Wid's Daily titled its review of Douglas Fairbanks in "The Mark of Zorro", directed by Fred Niblo, with "Slow Starting But 'Doug' Gets This One Over Well". In regard to the film as a whole, it wrote, "Exceedingly entertaining romance with Doug doing a dual role and his usual acrobatics." Silent Film Douglas Fairbanks Douglas Fairbanks
Greta Garbo written by Scott Lord on Silent Film at 11:22:00 PM