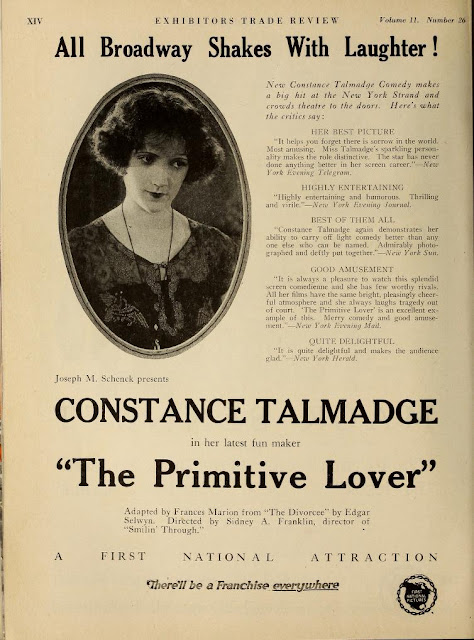 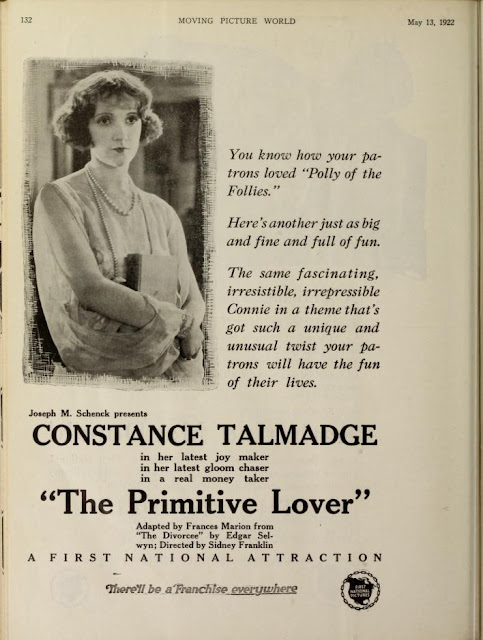 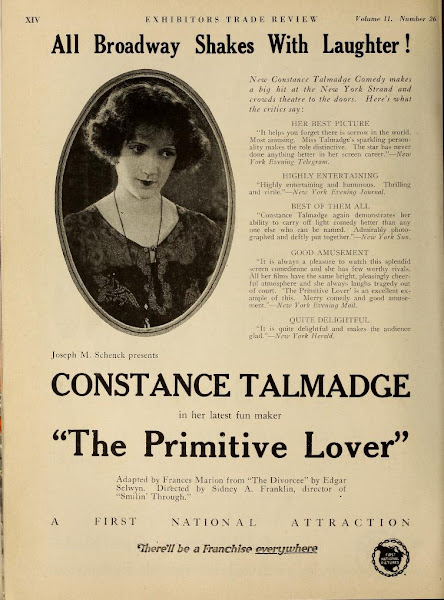 Directed by Sidney Franklin during 1922, “The Primitive Lover” (seven reels) was scripted by Frances Marion, having been adapted from the play written by Edgar Selwyn.

That year Sidney Franklin also directed “The Beautiful and the Damned”, adapted from the novel by Scott Fitzgerald by photoplay writer Olga Printzlau and starring actress Marie Provost. The significance of the presumed lost film is entirely left to historians of American Literature as the novel The Last Tycoon was only published posthumously in 1941. The director of the seven reel film is also listed as having been William Seiter. The periodical The Film Daily, during 1922,in fact, lists William A. Sieter, and that it “used F. Scott Fitzgerald’s Famous flapper story only as background”. Please not that there are also no existant copies to the film "The Great Gatsby" starring Lois Wilson, it having been directed four years later by Herbert Brennon, any insight to the content of the film in the world of Lost Films, Found Magazines being left to scripts of the photoplay where we can find the intertitles or in magazines advertisement for the first runof the film.