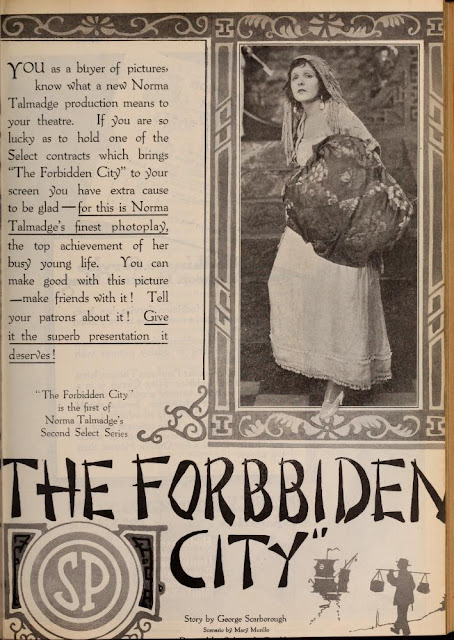 In 1918, the first feature films directed by Sidney Franklin appeared in theaters, among them those that were to star actress Norma Talmadge, "The Safety Curtain" (five reels), "Her Only Way" (six reels) and "The Forbidden City" (five reels). Previsously Franklin had directed childrens film for the Triangle Film Corporation at the behest of D.W. Griffith. "Her Only Way", made for the Norma Talmadge Film Corporation is presumed to be a lost film, with no surviving copies. Silent Film Silent Film
Greta Garbo written by Scott Lord on Silent Film at 11:15:00 PM