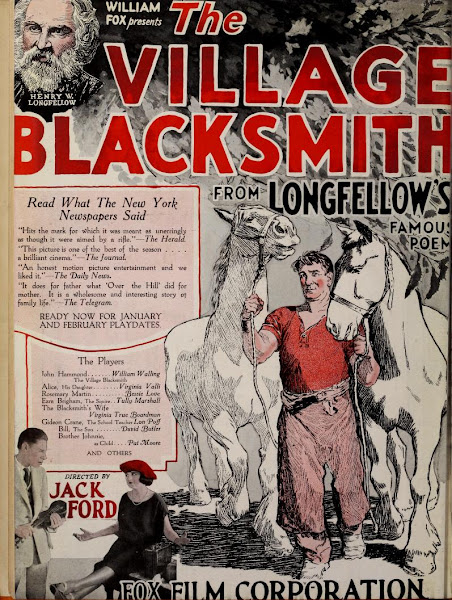 Once thought to be lost, without any surviving copies of the film, not all eight reels of the film "The Village Blacksmith" have been recovered, the print that now exists being incomplete. Within the world of Lost Films, Found Magazines, the film "The Courtship of Miles Standish (Frederick M. Sullivan, 1923) is lost, but there are pages of full page advertisemens of Charles Ray and Enid Bennett in the periodical The Film Daily from the year of its first run. Seven reels in length, "The Wreck of the Hesperus", from 1927, is also a lost film. Directed Elmer Clifton, it was produced by Cecil B. de Mille and starred Virginia Bradford. SILENT FILM SILENT FILM
Greta Garbo written by Scott Lord on Silent Film at 5:53:00 PM