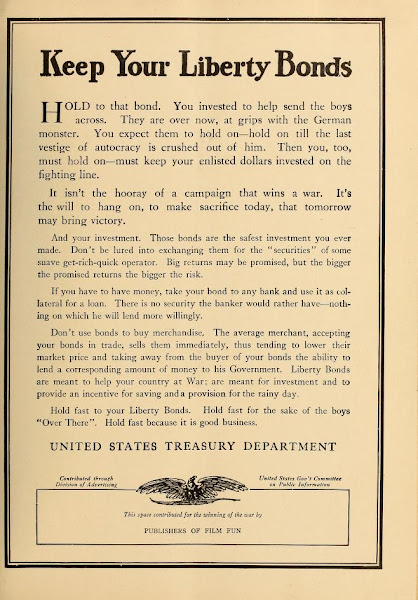 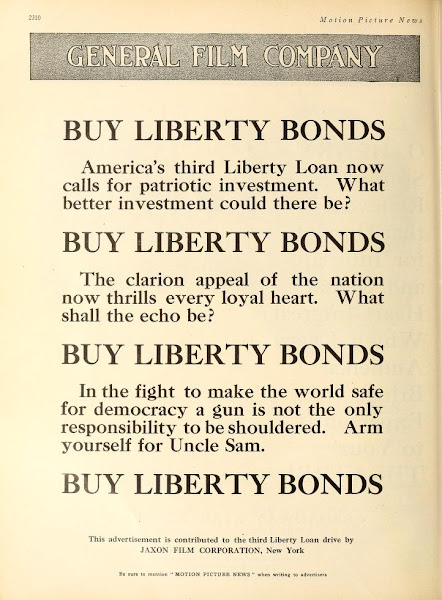 "She was nice and she was sweet, say many to explain the phenomenon...The reason can only be found in by relating the star to the social and cultural background of the time...Only the American civilization, a civilization materially in advance of the rest of the world could have produced Mary Pickford. We must try to realize the impact of Mary Pickford's appaearance and acting upon the consciousness of the world's population as it existed around 1909."
It is certain that the beginnings of the star system had made Mary Pickford an attractive commodity by 1918 when we had reluctantly taken part in the continuance of an unexpected war- the quote may point to the historical context and extratextural discourse that is a dynamic of that star system. A starsystem that has been called "a culture of celebrity", the silent film era has kept some of its first impressions as long lasting, albeit some were fleeting, authors often making comparisions between fixed points in the firmament, especially when introducing the newest foreign arrival, in as much as an actress was now considered "Sweden's Mary Pickford", or when there was a common theme between Gish, Pickford and Mae Marsh. Although far from the earliest example of film criticism, the quote is from a volume titled The Film Answers Back, an historical appreciation of the cinema. Authored by E.W. + M.M. Robson, it was published in 1939. Oddly, the review of the films of the actress begins to address, not gendered spectatorship, but her femininity within the expectations drawn by a woman on the screen and how it related to being a Suffragete. Notwithstanding, it was that Mary Pickford by then was sought after and Parmount Press Books from 1917 describe her having sold Liberty Bonds as a result of a request from United States Secretary McAdoo, her wearing the insignia of an honarary colonel. The pressbooks announced, "Famous Artcraft Star Stops All Film Activities When Call Comes To Help Country and Flag by Selling Liberty Bonds". Prior to the short 100% American, Mary Pickford released the full legnth feature film "Johanna Enlists", adapted by Frances Marion from the short story The Mobilizing of Johanna, published in 1917. 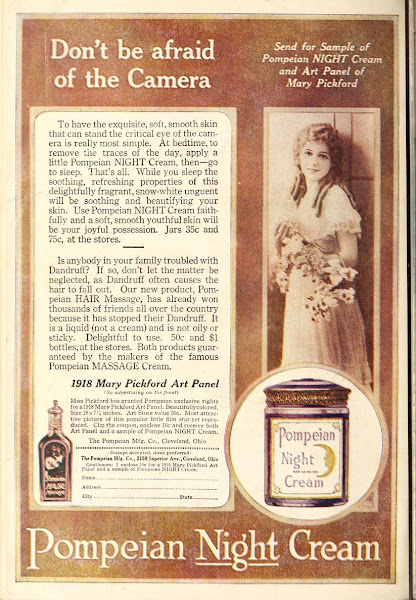 Returning to the year the film was made and to contrast the on screen images with the extratextural discourse of the off screen lives of actresses, Mary Pickford and Linda A. Griffith during 1918 were given back to back bylines in the periodical Film Fun. The article written by Mary Pickford was a look toward the future of filmmaking, and thereby necessarily lending an assessmeMnt of the time period and historical context, her praising the work of Cecil B. DeMille. In turn, Linda A Griffith followed in the same issue and neglected entirely the gendered spectatorship that would view the talented Mary Pickford. She rather discusses Mary Pickford's salary with the claim that her husband, D.W. Griffith, saw her as being underpaid. Griffith's wife subtitled part of her 1918 article with "Adequate Payment for Good Work". There is almost an objective correlative, or perhaps a suspension of disbelief, in our agreement to walk into the theater and enter fictional worlds that the director's wife acknowledges, neglecting those fictional scenarios, while bringing us a real life Mary Pickford, who in fact later returned to sell bonds for the Defence Department during 1953. Silent Film Silent Film
Greta Garbo written by Scott Lord on Silent Film at 3:38:00 PM