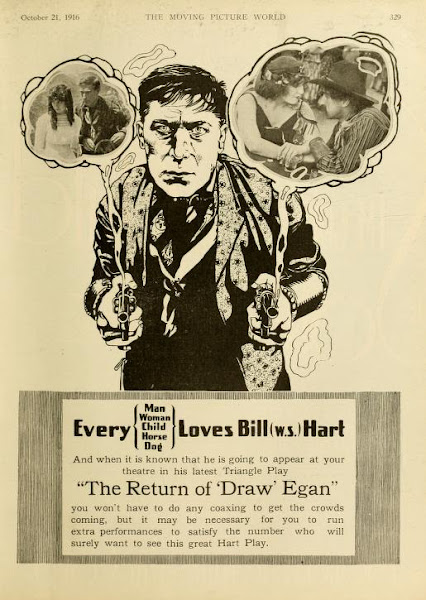 In his volume The Western, From Silents to Cinerama, the author George N. Fenin highlights the theme of "the reformed outlaw" in the film "The Return of Draw Egan". The reformation is brought about not by remorse from a former lifestyle or the need for virtue, but rather from the love of a virtuous woman. "Hart had no qualms about making himself a completely ruthless, although never despicable, outlaw." The author intertwines this theme with that of "The Hero versus the Badman" in early configurations of the Western genre and the development of its protagonist. The periodical Motion Picture World, having just emerged from the theater during 1916, anticipated the writing of George N. Fenin, it having explained, "The outlaw's sense of duty is not established by the responsibilities of his new position in life, but through the sentimental side of his character. He falls in love with the daughter of his benefactor." Actresses Louise Glaum and Margery Wilson star in the five reel film. C. Gardner Sullivan had adapted his own screen story for the photoplay of the film. Photoplay Magazine provided a shortstory novelization of the film on its first run, evidently on penned by C. Garnder Sullivan, Photoplay having used its own writers to adapt other scripts written by Sullivan. Although Photoplay was one of the first film tabloids in the United States that ran reviews of currently shown movies, before the end of the first world war was still a magazine of fiction, adapting the onscreen literature of movies into magazine articles for the reader of the short story. 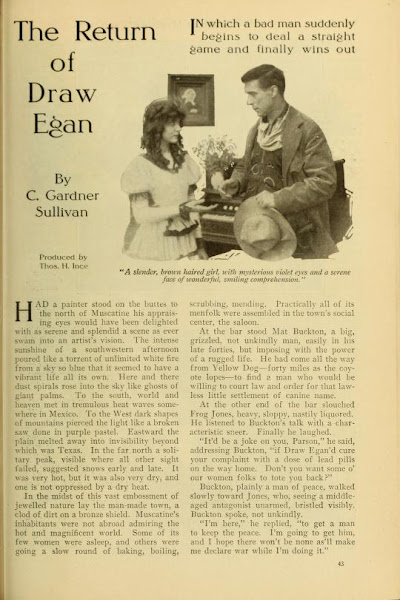 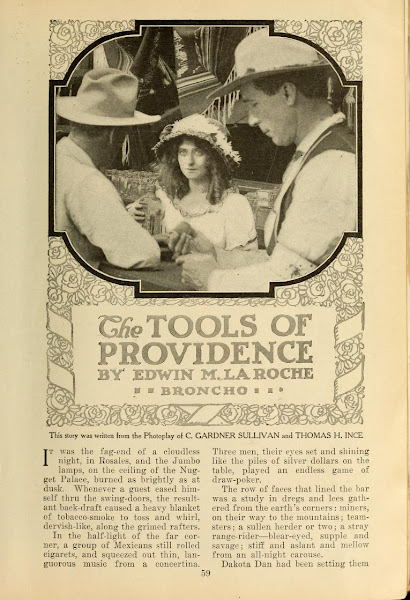